This course is a performance-led exploration of acting styles required for working in the areas of Theatre, Film and Television. Training is provided by industry professionals in a comprehensive range of performance skills including Naturalistic Acting, Acting for Camera, Contemporary Performance Styles, Movement for the Actor, Voice and Speech, Audition Technique and Improvisation. Learners will perform to a live audience each term with performances taking place in our own Black Box Studio Theatre and the Mermaid Arts Centre. Opportunities to participate in film projects also feature as part of the performance experience for students.

Places are offered following successful interview and successful participation in a workshop/audition.

Examples of potential courses include:

Advanced entry to UK colleges through UCAS and Irish colleges.

"From 2011 to 2012 I did the foundation level performing Arts at BIFE. From 2013 to 2015 I did the diploma in performing arts. This course gave me an all rounded knowledge of the theatre and its practices. Having an all rounded knowledge in any art form is both useful and important, especially if you want to create your own work. In this course we worked with film makers, dancers, costume designers and make-up artists which made my field of ‘all round knowledge’ more expansive. If one wants to develop a very strong foundation, I would fully recommend studying at BIFE. You can specialise afterwards but having that foundation is invaluable. It was invaluable to me as an independent artist who creates her own work." - Joanna Ryan-Purcell

"I started this course not knowing a single thing about drama or performance. I had studied music previously but wanted to focus more on musical theatre. I now have a degree in drama which I never would have gotten without all the tutors in the Performing Arts course in BIFE.     I particularly benefited from the stage management and acting for screen modules along with physical theatre and dance. What makes this course stand out from the rest is that the tutors tailored lesson plans around my abilities and directed me towards my potential, they are so approachable and understanding. They nurtured me and helped me grow, and most importantly they left me with a thirst for more knowledge." - Becky Sillery 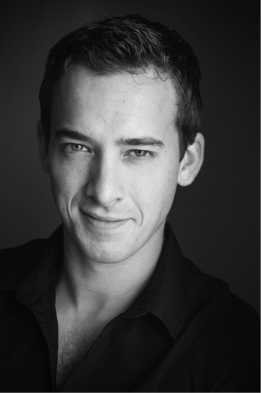 "BIFE's Performing Arts course has helped me grow personally, inter-personally and professionally. After completing the HND course at BIFE I was accepted onto the final year of the Honours degree course at Swansea Met. During my time at Swansea Met., the students who studied at BIFE consistently stood out from the rest of the year. Along with the dedication and professionalism of the tutors at BIFE, this course will greatly benefit anyone who wishes to continue along this path." - Oisin Porter