Click here for virtual tour of our Film Studio

Examples of potential courses include:

Many past pupils work in production roles in companies such as RTE, Virgin Media, TG4 and the BBC, and also on productions such as Vikings, Game of Thrones and Into the Badlands.

"After completing my HND in BIFE, I began working on “Vikings” I’m now fulfilling the dream I always had to work in movies. I am now the 2nd Assistant Camera on “Valhalla” the spinoff Tv show which is being shot in Ashford Film Studios. My journey has just begun." - Camila Gomes 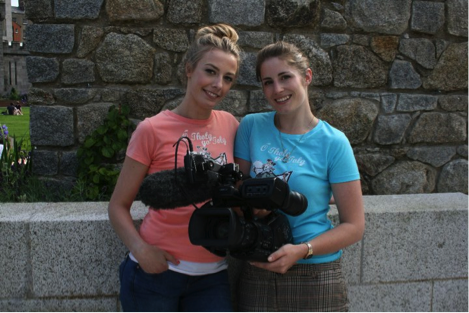